Just in case you didn’t know why the Carolina Panthers keep pounding, you found out on Saturday.

The unique, inspiring and beautiful legacy of franchise icon Sam Mills—after 20 long years—was finally immortalized in Canton, Ohio this afternoon. He is now officially the third Panther, joining fellow defenders Reggie White and Kevin Greene, to be inducted into the Pro Football Hall of Fame.

Mills began his pro football career on what would later prove to be a quite fitting note. After a standout four-year stay at Montclair State University, the 5-foot-9 linebacker was cut loose by the NFL’s Cleveland Browns in 1981 and the USFL’s Toronto Argonauts in 1982—without playing a snap for either organization.

He’d then stick on with Philadelphia/Baltimore Stars for the next three years—racking up three All-USFL selections, two USFL championships and, ultimately, a spot on the USFL All-Time Team.

Jim Mora and the New Orleans Saints took notice, as the head coach brought Mills over into the NFL from their stint with the Stars. There, he’d collect four Pro Bowl and two All-Pro selections from 1986 to 1994.

His next chapter, of course, took him to Charlotte—where he signed on with the Carolina Panthers. Amongst his three sparkling seasons in the black and blue, Mills notched yet another Pro Bowl appearance and a First-team All-Pro nod as a 37-year-old in 1996.

Upon retiring following the 1997 campaign, he transitioned to the sidelines as a defensive assistant and linebackers coach for Carolina. His famous “Keep Pounding” speech at halftime of the Panthers’ 2004 playoff victory over the Dallas Cowboys helped push the team to its first Super Bowl appearance and is now solidified as the franchise’s mantra.

Mills was inducted by his mentor in Mora and his wife Melanie, who delivered a graceful speech on behalf of her family and her now enshrined husband.

A leader that kept pounding. pic.twitter.com/ketF5QXq2O

Listen: Sam Mills III gets the call for his father’s Hall of Fame election 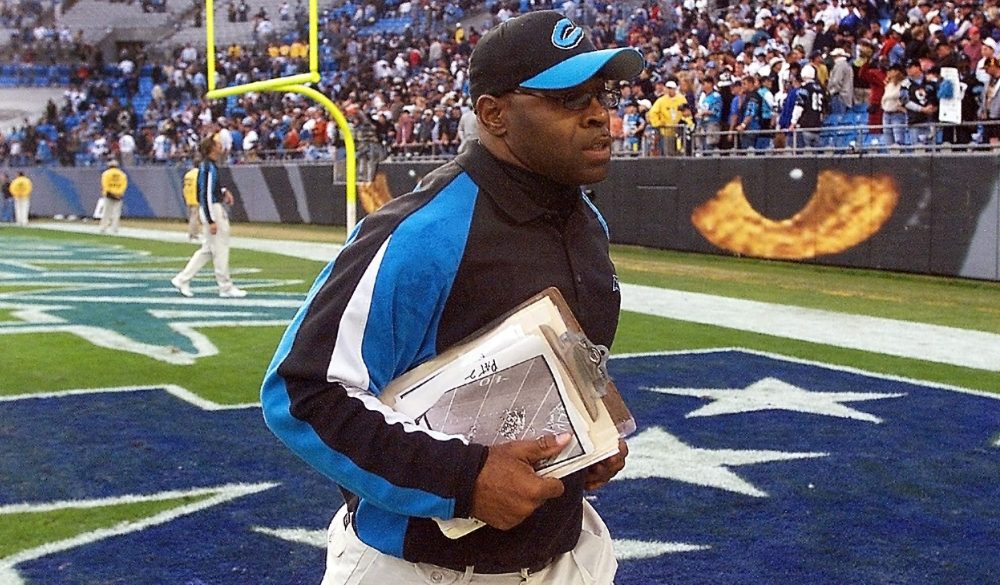