Breakups can be a bit rough, even when they come in the NFL.

Quarterback Baker Mayfield continued on the newest chapter of his football career on Wednesday, taking the field at Wofford College for the Carolina Panthers’ first practice of training camp. But he wouldn’t get to that field without a little reminder of his past.

Baker to a fan holding his Browns jersey:

“Get that jersey outta here.” pic.twitter.com/jDkZcoqp8K

Mayfield, of course, is fresh off a painfully awkward separation from the Cleveland Browns—who pushed him aside for Deshaun Watson this offseason. The former No. 1 overall pick had some good times back in Cleveland, including leading the organization to its first playoff win since 1994.

Regardless, he starts anew here with Carolina, alongside fellow 2018 draftee Sam Darnold. So as they’re competing against one another for the starting job under center, perhaps Sam could help Baker out with some post-divorce feelings—something Darnold dealt with a year prior after being kicked out for another shiny new toy.

Oh, and don’t bring any of Mayfield’s Browns jerseys to camp this summer. You probably won’t get it signed. 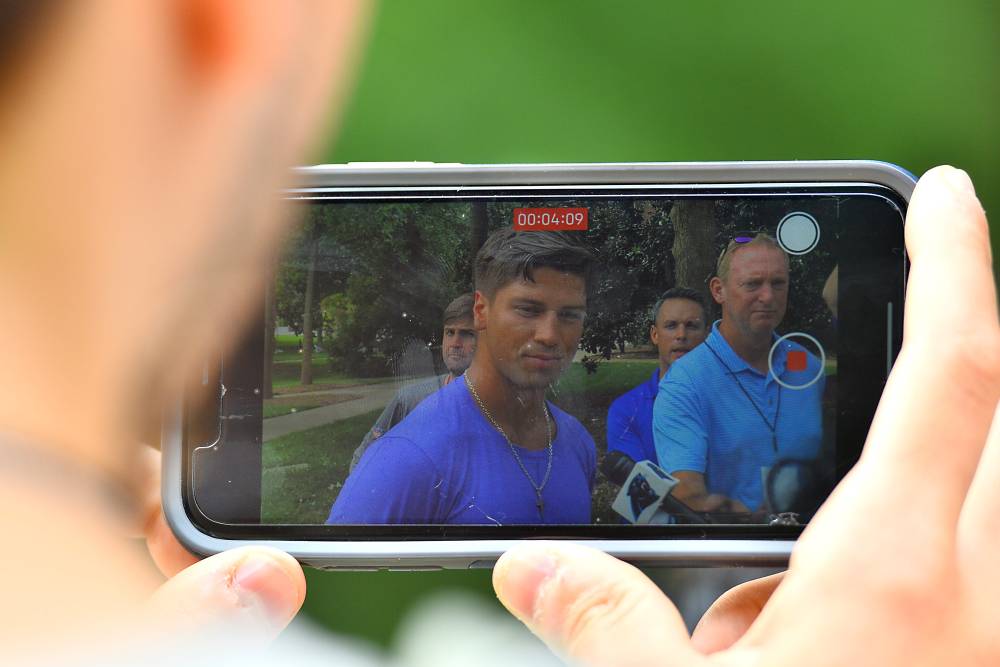