Ever since the end of Greg Olsen’s heyday, the Carolina Panthers have received some alarmingly low production out of the tight end position. Like, low low.

Over the past three seasons, every Panthers tight end has combined for 1,400 yards and six touchdowns. For comparison’s sake, Kansas City’s Travis Kelce went for 1,416 yards and 11 touchdowns in 2020 alone.

These weak results may be yielded, at least in part, due to the lack of volume this particular spot has seen. After all, Carolina’s tight ends accounted for the second-fewest targets during both the 2020 and 2021 slates.

But, according to Joseph Person of The Athletic, there may be a reason to increase the offense’s looks to that department. He believes last year’s third-round selection in Tommy Tremble could be set for a breakout fantasy campaign in 2022.

“The second-year tight end looked to be just scratching the surface of his potential as a rookie, when he became the youngest tight end in NFL history to score a rushing touchdown,” Person writes. “Tremble also had one more receiving touchdown among his 20 catches (for 180 yards).

“The Panthers re-signed fifth-year tight end Ian Thomas mostly for his blocking ability. It’s the athletic Tremble, a third-round pick from Notre Dame, who stands to benefit most from the arrival of Ben McAdoo, whose New York offenses heavily featured the tight end.”

So, no, we probably won’t see McAdoo suddenly turn Tremble into a Kelce-like monster. But if he touches any of those numbers above, then this season should be considered a successful one for the 22-year-old, his team and his fantasy owners alike.

Winners and losers from Panthers’ trade for QB Baker Mayfield 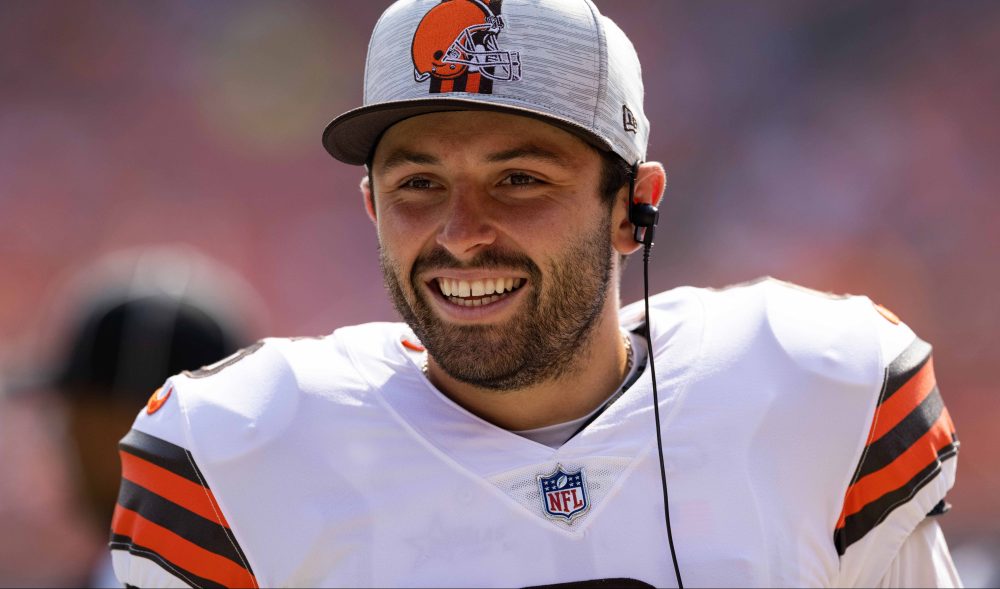