Former Carolina Panthers general manager Dave Gettleman wasn’t known to be much of a free agent shopper. In fact, he even kidded about his penny pinching on one occasion back in 2015—stating he had to go bargain hunting at the “dollar store” the offseason prior.

But that thriftiness actually brought (or bought) the franchise its best free agent deal of the past nine years—at least according to Pro Football Focus.

Salary cap analyst Brad Spielberger recently dove all the way back to 2013 to find each team’s best value signing. And for Gettleman and the Panthers, theirs came from that very offseason the “Hogfather” was alluding to—in the form of cornerback Captain Munnerlyn.

Munnerlyn, a University of South Carolina product, initially joined the organization as a seventh-round pick out of the 2009 NFL draft. He’d go on to ink that one-year pact when his rookie deal expired after the 2012 campaign.

The freshly-compensated defender proceeded to return two interceptions for scores that season, all while notching career-highs in tackles (74), tackles for a loss (four), sacks (3.0) and quarterback hits (five). His efforts helped the Panthers, who finished with a 12-4 mark and an NFC South division crown, allow the second-fewest yards and second-fewest points in the league.

Even more money would come Munnerlyn’s way, as he promptly earned himself a three-year, $11.25 million contract with the Minnesota Vikings in 2014. And when that was up, his biggest payday came on a four-year, $17.5 million agreement with, ironically enough, Gettleman and the Panthers in 2017. 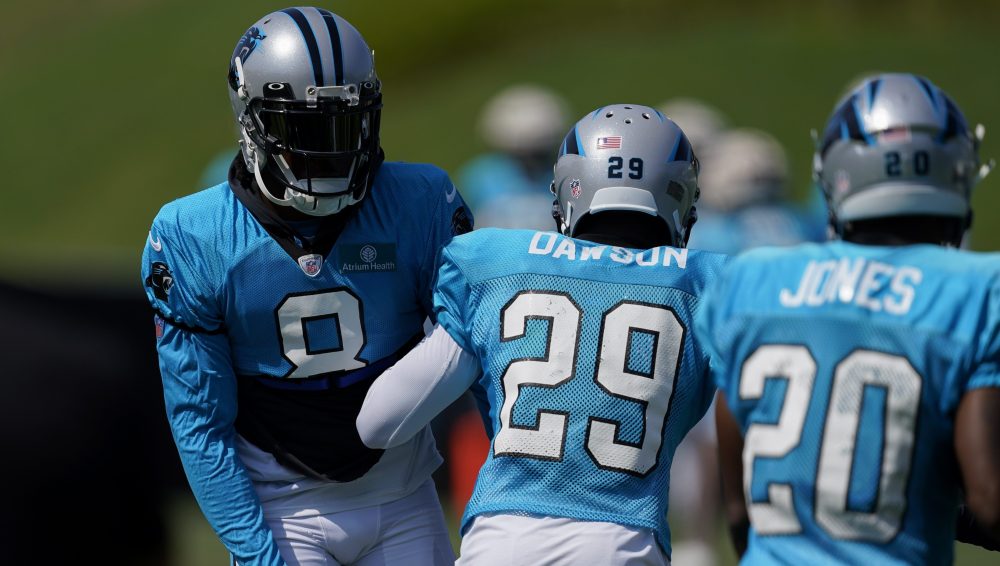