2022, more likely than not, is going to be a fork in the road for Carolina Panthers quarterback Sam Darnold.

Can he finally establish himself as a starter worthy enough of another chance? Or will he be supplanted in Charlotte, giving way to another passer and a new chapter in his career as a backup for the foreseeable future?

For Darnold, he can’t worry too much about the latter scenario—particularly the “another passer” part.

Following Wednesday’s installment of mandatory minicamp, the fifth-year veteran was asked how he’s dealing with the continuous rumblings of a possible quarterback addition. He replied by saying he can only deal with himself right now.

“I think, for me personally, I’m just gonna continue to focus on what I need to do,” Darnold told ESPN’s David Newton. “Develop, as I can, as a quarterback. Like I mentioned before—learn the system. That’s really all I’m focused on. If I focus on anything other than that, ya know, I would just . . . wouldn’t be smart of me to do that.”

The most recent buzz surrounding a potential move by Carolina has once again linked them to the Cleveland Browns’ former No. 1 overall pick Baker Mayfield. But, with Mayfield’s $18.8 million salary still a point of contention for both sides, a potential trade is still exactly that—just potential.

Darnold, who would later say he hasn’t discussed the team’s plan at the position with general manager Scott Fitterer and head coach Matt Rhule, added he can only control what he can control.

“No matter what, they’re always gonna do what’s best for the team,” he said. “And so, with that being said, whether that’s Scott going out and gettin’ someone who he feels like can do a better job, ya know, that’s not for me to judge. He’s gonna do his job to the best of his ability. I gotta hold up my end of the bargain.”

Will Panthers trade for Baker Mayfield? – Powered By PickUp

Is there ‘cautious optimism’ for a turnaround from Panthers QB Sam Darnold? 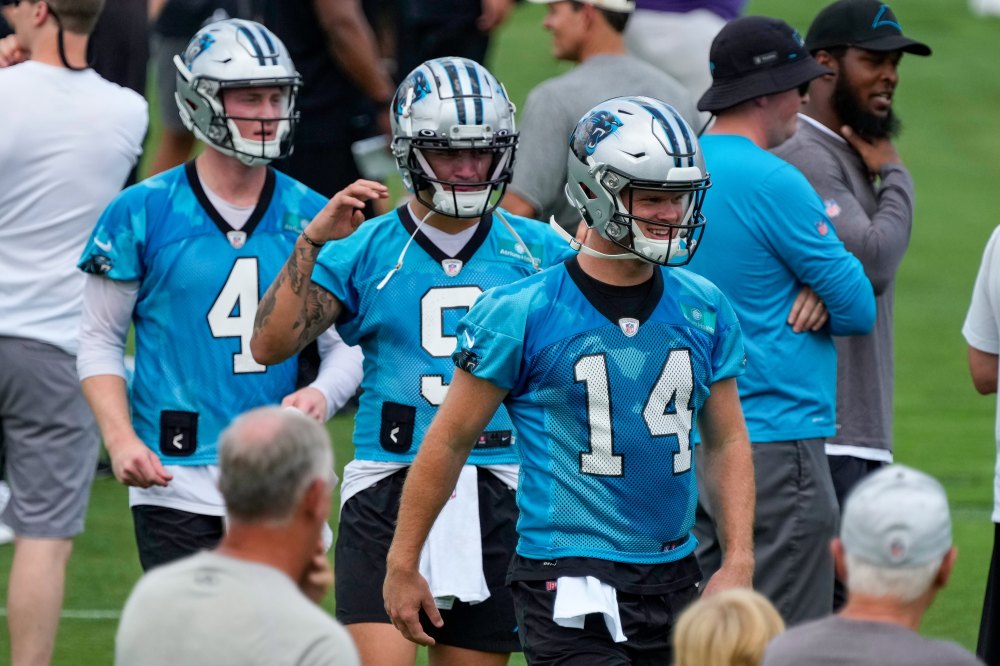