Just a few months ago, Carolina Panthers wide receiver Robbie Anderson apparently wanted nothing to do with then Cleveland Browns quarterback Baker Mayfield. But now, he’s making some early training camp magic with one of his newest teammates.

During the team’s 11-on-11 drills from Tuesday afternoon, Mayfield and Anderson teamed up for a bomb of a touchdown. The incredible dime, which may very well be the best play in Spartanburg thus far, appeared to drop in at anywhere from 50 to 60 yards downfield.

Even before the Panthers acquired Mayfield from the Browns, Anderson cleared up his past social media rejections of the former No. 1 overall pick—stating he was simply showing support for Sam Darnold.

He’d then readdress the topic, adding as recently as Friday that it’s all “water under the bridge.” 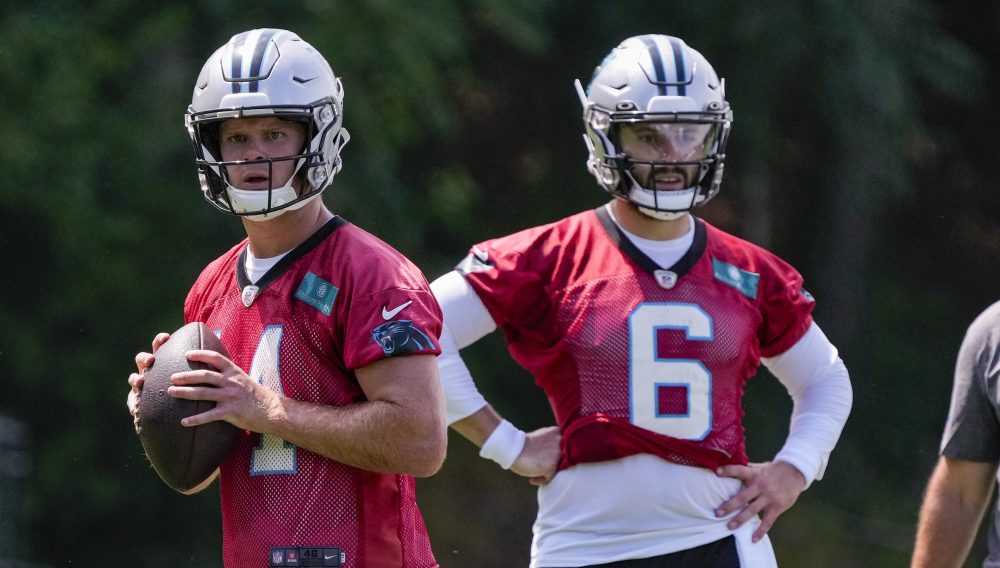