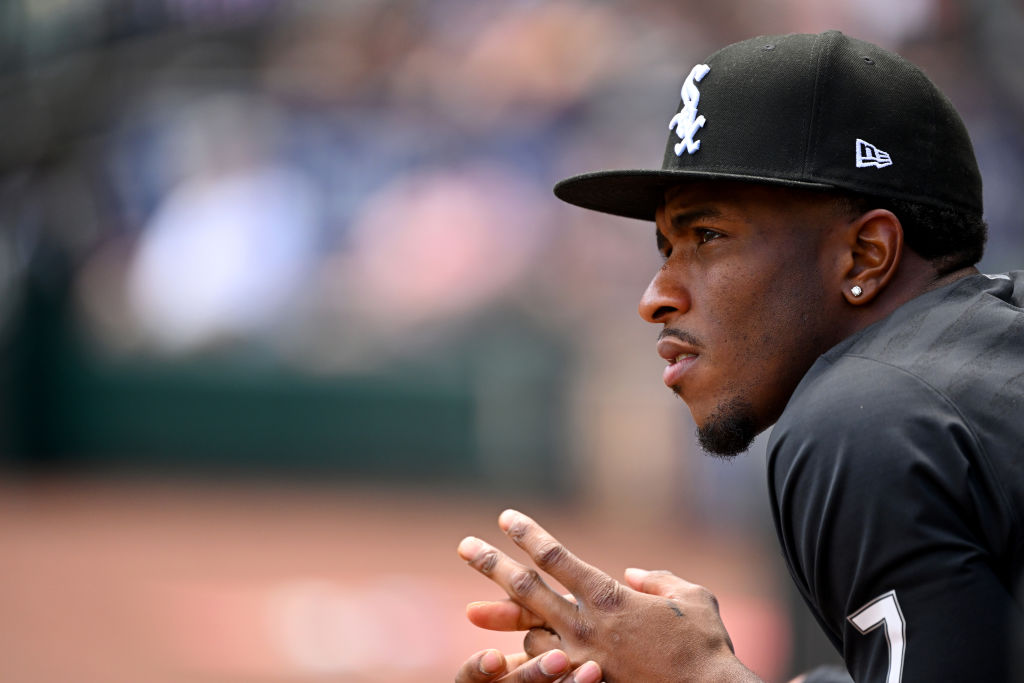 Chicago White Sox superstar Tim Anderson is the subject of conversation again. This time it has nothing to do with baseball but instead about his alleged philandering ways.

Tim Anderson Striking Out With His Wife?

Word on the e-streets is Tim Anderson, who at one time had all of the internet proclaiming the “Black Love” after he proudly shared a family photo of his lovely wife and children, is out here sliding into another woman’s bed. Per 106.1 KMEL, Anderson’s alleged side chick outed him on Instagram, and she is also pregnant.

Anderson’s alleged side chick, Dejah Lenae, shared a video featuring the MLB superstar in her Instagram Stories with the caption “baby father” next to a video of herself, showing off her baby bump with the number seven written on her chest.

Anderson has been in the news lately after accusing New York Yankees player Josh Donaldson of making a racist comment towards him which almost led to a benches-clearing brawl between the two teams. At the time, Black Twitter was on his side. Now, not so much as it seems to be a part of the “ain’t sh*t” brigade.

“I remember that Tim Anderson photo with him and his family, that whole black family love thing. And nowwwww his side chick boasting. He was real comfortable in the video too so it’s giving arrangement,” one Twitter user wrote.

“Tim Anderson, a married man, wife just posted them 18 hours ago. Only for the side chick to post him on her story with the caption “baby father *heart emoji*” and a video of her clearly pregnant. You cannot be serious…” another Twitter user added.

Anderson has yet to respond to the allegations. You can peep more reactions in the gallery below.

So I’m the span of 3 days: Tim Anderson wife posted how much she loves him and it’s them against the world. 3 hours later sidechick comes forward pregnant with Tim baby. Now today another chick posts pics of her and Tim saying she’s been seeing him for 5 years. LMFAOOOOOOO

Tim Anderson got the side jawn pregnant????? Jackie Robinson would NEVER

Tim Anderson was my fav player cuz I thought he was solid family man but guess not. This is why I hate knowing anything about these athletes personal lives bc I can never look at the same afterwards.

Tim Anderson just deleted his Instagram. As a former cheating ass nigga I know what that means

Tim Anderson cheated AND procreated with a woman who’s brain is full of Casamigos and Crab Legs pic.twitter.com/JBeBiz3946

Tim Anderson wife better divorce him and get ALL his money. Yeah I’m petty asf because you gotta cut the check immediately