Florida State standout Brian Burns being available at the 2019 NFL draft’s 16th overall pick may have come as a surprise to many.

Other than bulk, which comes with natural maturation anyway, he had everything—the length, the athleticism, the polish. Plus, he was a relatively young prospect at the second-most important position in the sport.

So, it shouldn’t be a surprise that he’s now one of the premier players from that class.

With three years of service from the group now in the bag, NFL.com analyst Bucky Brooks went back to rank the top 15 players from the 2019 event. And the Carolina Panthers, clearly, got themselves one heck of a bargain.

“The speed-rushing phenom has mastered the art of beating offensive tackles with first-step quickness and acceleration, tallying 25.5 sacks and six forced fumbles in 48 games,” writes Brooks, who ranks Burns at No. 10. “From his exceptional snap-count anticipation to his subtle dip-and-rip maneuver, Burns is a fastball pitcher with a heater that few batters can handle. If given more opportunities to rush the passer with his team nursing a lead, he will start stacking up double-digit sack seasons as a disruptive force off of the edge.”

Hopefully for Burns and the Panthers, the fourth-year edge rusher hits those double digits in 2022. Not only would that obviously benefit Carolina, but it’ll also benefit Burns’ path to a lucrative long-term extension.

Carolina, of course, picked up the former first-rounder’s fifth-year option at the end of April. The move was a no-brainer, especially with Burns coming off his very first Pro Bowl selection for a solid 2021 showing.

How much will Panthers DE Brian Burns command on long-term deal? 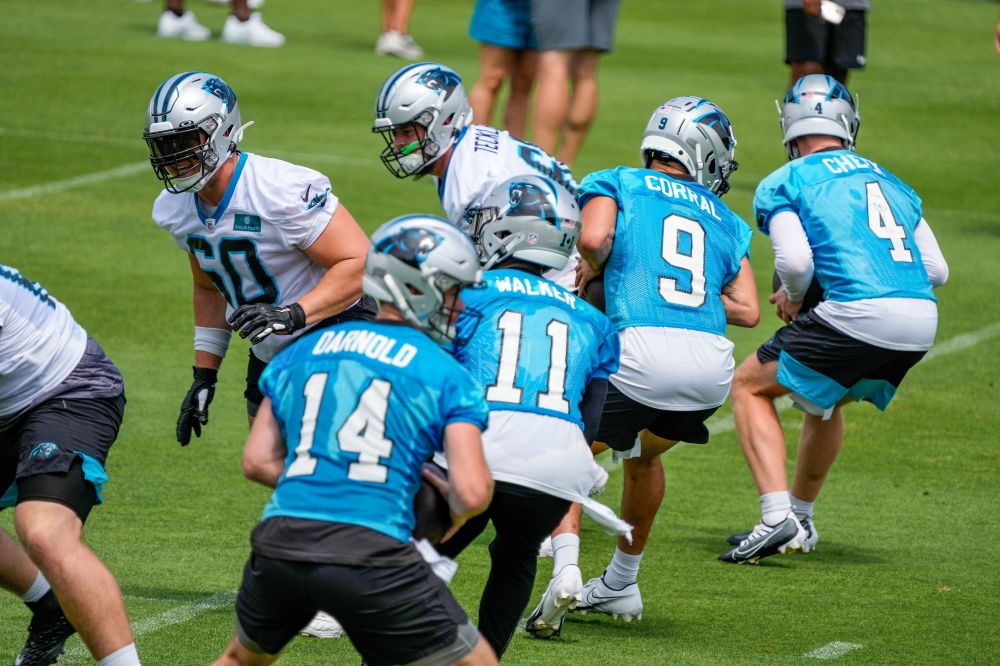