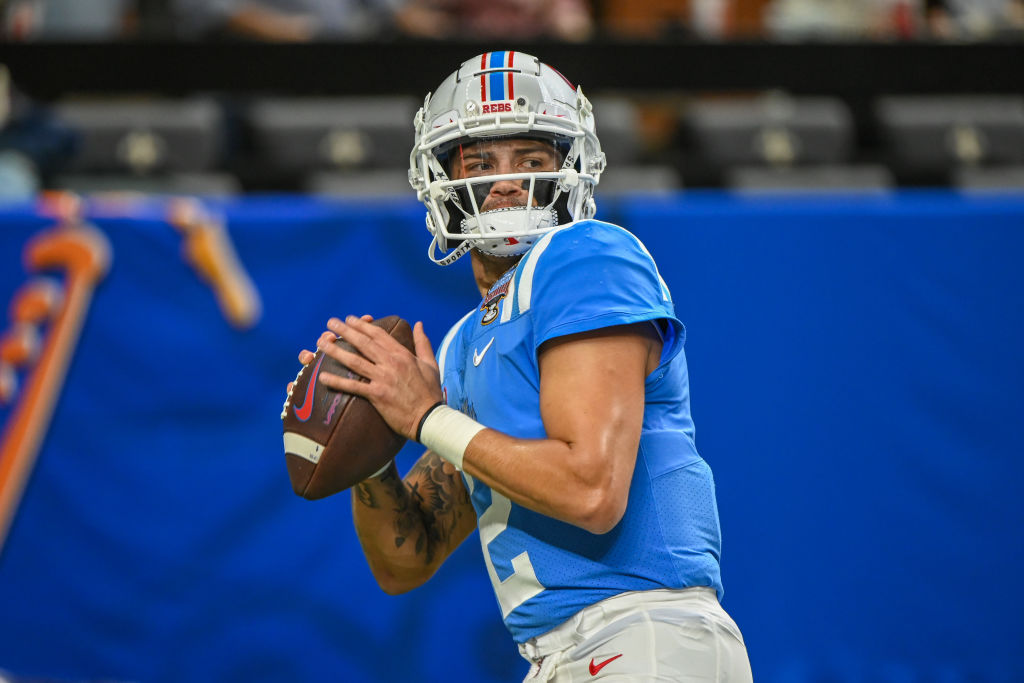 The Carolina Panthers professed on Friday that they would not give up hope to acquire a Day Two pick, and they made good on their word.

Carolina surrendered their 137th overall pick in this year’s draft and a 2023 third-round pick to the New England Patriots to select former Ole Miss QB Matt Corral. The Panthers went into the offseason with only two quarterbacks on the roster, Sam Darnold & PJ Walker, neither of whom had a contract term beyond the 2022 season.

Corral threw for more than 3300 yards in each of his last two seasons at Ole Miss, including a his 20-touchdown, five interception senior season. He was a dual-threat quarterback in his junior and senior seasons, averaging four yards-per-carry as a senior with 11 rushing touchdowns.

Much of the NFL rumor mill centered around the Panthers either drafting a quarterback or trading for a veteran such as Jimmy Garappolo or Baker Mayfield. Once the run on quarterbacks started in the third round, the Panthers decided to pounce on Corral.

“We started looking at the quarterback position, there’s a lot of value in there, and we needed to add to it this weekend,” Panthers GM Scott Fitterer said. “We did not want to move 1 and 2 (next year’s first & second round picks), that’s why we were trying to be so patient. A three you can recoup.”

The Panthers brass said Corral was one of the top quarterbacks on the Panthers board, with Head Coach Matt Rhule saying they rate him “very high”.

“We’re going to bring him along slow, we’re gonna train him from the ground up,” Rhule said. “He’s got a lot to learn, got a lot to do, but I’m unbelievably fired up to get Ickey (Ekwonu) yesterday and to have Matt Corral today.”

Rhule added that while they still view Sam Darnold as their starter going into training camp and the subsequent season, he wants Corral to be ready to compete. When asked about the current quarterback hierarchy, Corral remained humble.

“My whole thing is to go in there and compete. I’m going to bring the best out of myself and the best out of the people around me,” Corral said. “I feel like everything happens for a reason and it’s all God’s timing. My approach is to be the best that I can be and be 1% better every single day. My competitive nature is to obviously want to be the starter and I’m going to do everything in my power that I can to do that. I’m just going to put my best foot forward.”

Corral will see the field for the first time on May 23rd, the first scheduled day of OTAs for the Panthers.