This past Saturday, Carolina Panthers wideout Robbie Anderson caused a bit of a stir with a tweet—one that, perhaps, teased an early retirement. And even though the post was deleted rather promptly, how serious was it?

According to Anderson himself, it wasn’t.

After the team’s second outing of mandatory minicamp on Wednesday, the 29-year-old fielded questions from reporters. So, naturally, he was peppered with inquiries into his Twitter activity—to which he said wasn’t a big deal.

Anderson, who later stated that “personal things” inspired him to think (or type) out loud, was then asked if he wants to play in 2022 and if he wants to be with the Panthers. To that, he had a simple answer.

Luckily, we’d get a little more out of Robbie, who was also asked about his very public disapproval of the team potentially acquiring Cleveland Browns quarterback Baker Mayfield. Anderson claimed he was just trying to show his support for his current passer in Sam Darnold.

“Just tryna to be a good teammate to my quarterback,” he stated of his thought process behind his negative Instagram replies regarding Mayfield. “That’s it. Just tryna defend the guy who is my quarterback, in that sense.”

As we’ve said before—whether you like him or not, Robbie always keeps it a buck. 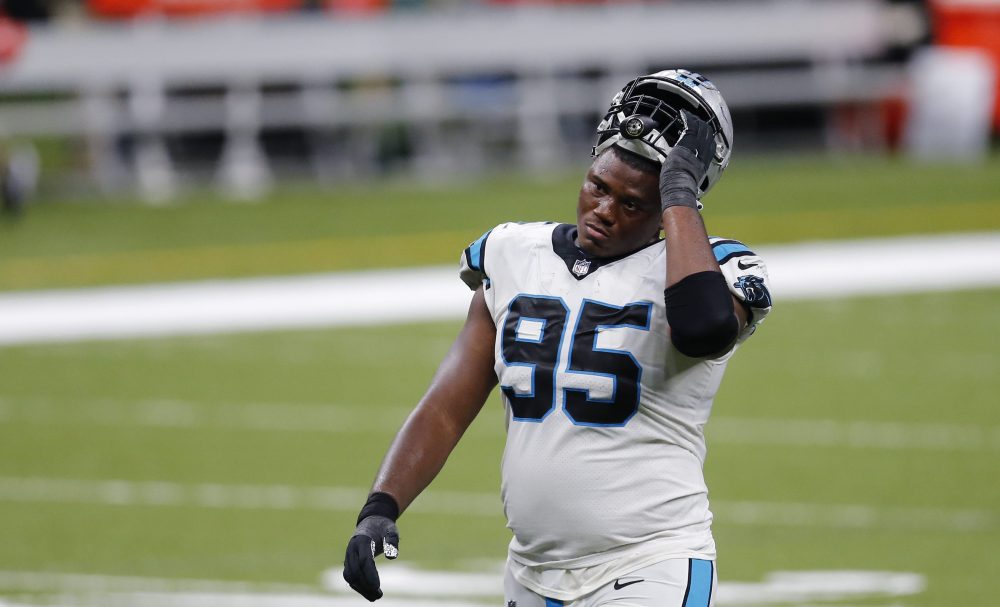